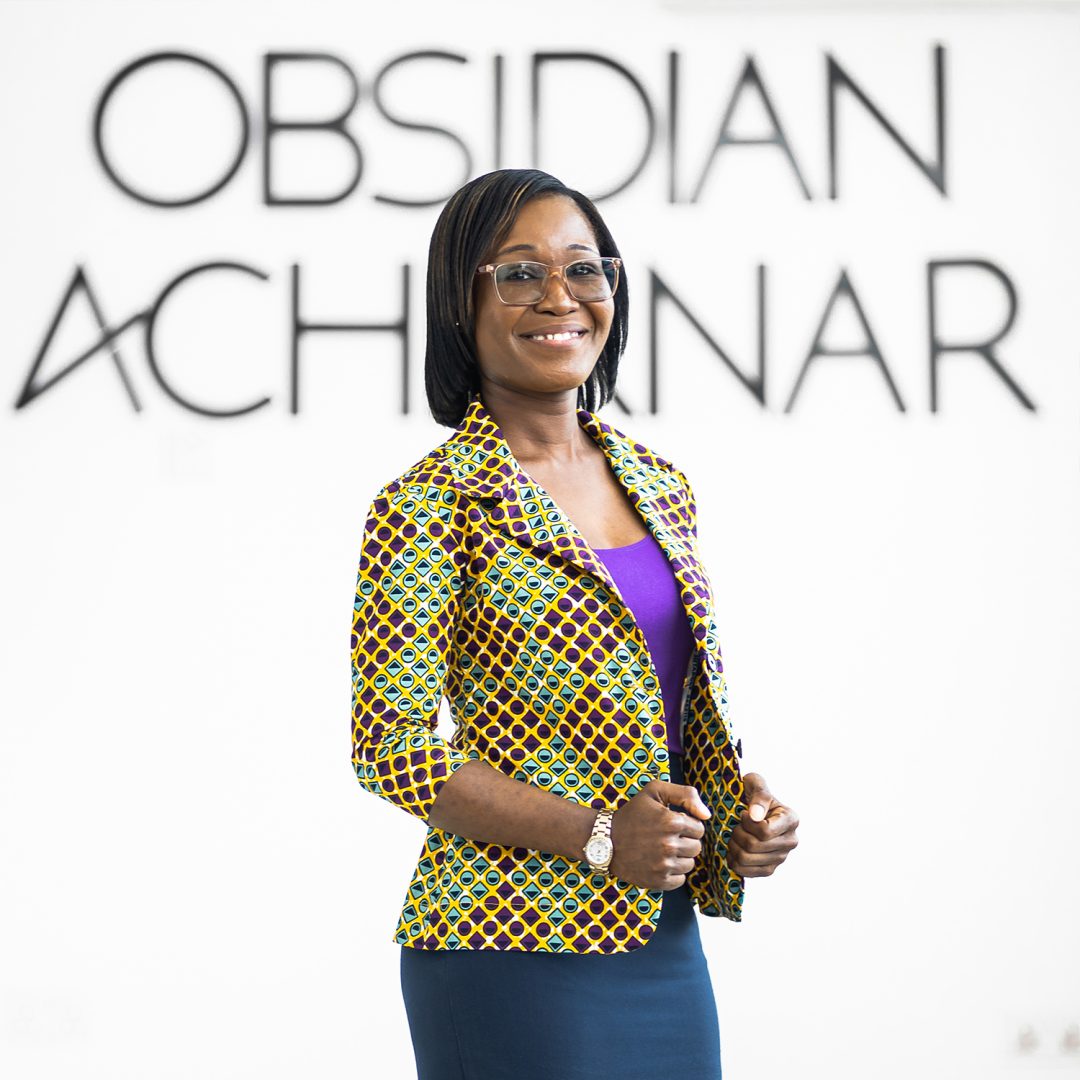 Adelaide Eyram Afele has diverse experience in the field of marketing which started right after her national service, when she joined Kenya Airways and kicked-start her career as the assistant sales executive, where she worked for two 2 years.

While there, she also made it a point to learn ticketing and therefore has knowledge of airline ticketing.

She later branched into the telecommunications industry where she worked with Scancom Ghana Limited for a year and half as a customer service agent with the data team.

She then moved into the banking sector where she started her work as a Relationship Officer and later rose to become a Relationship Manager with the erstwhile Energy Commercial Bank Ghana Limited.

After the merger between Energy Bank and First Atlantic Bank Limited in January, 2019, she remained Relationship Manager for a while and later became the acting branch manager for the Oxford Street Branch of FAB until she resigned in April to join Obsidian Achernar Limited.

Eyram works with the Business Development Team at Obsidian Achernar.

OA's passion also lies in helping those less privileged break through barriers to succeed in the education world through initiatives less privileged communities we also help many other charities around Africa.

Be the first to know when we have offers and keep up to date with the latest news.